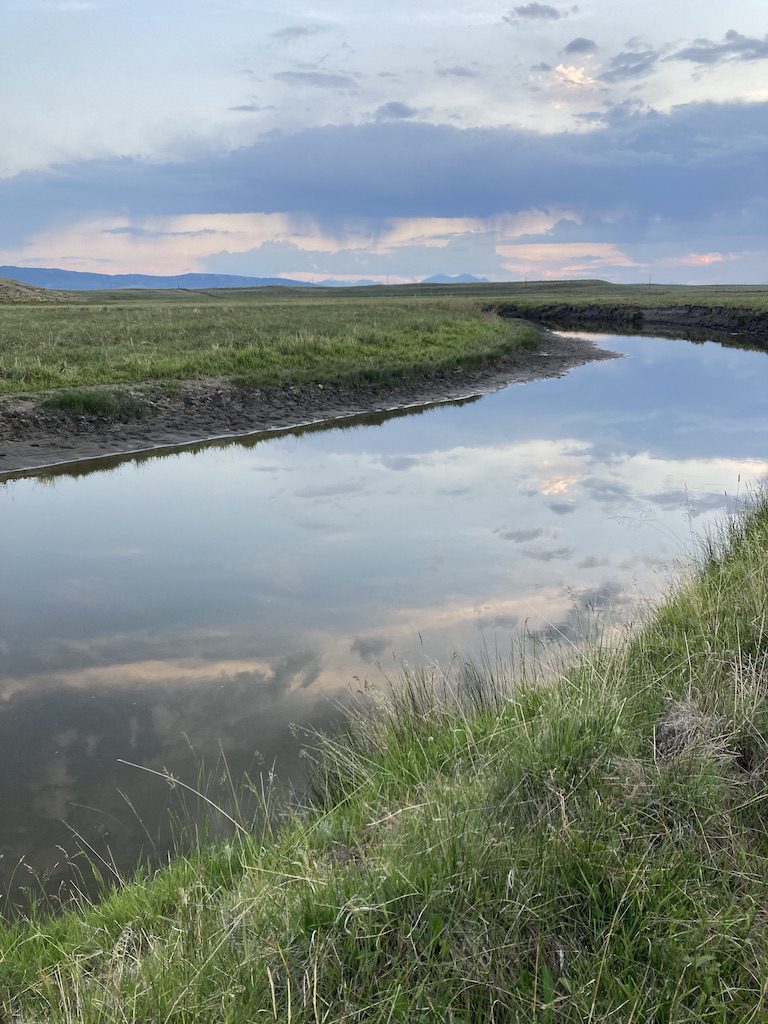 There’s a place in the southwestern corner of Montana where the river weaves a fine Spiga chain through the wetland and willowed prairies at the ankles of a soaring stretch of Rocky Mountains. The mountains run east to west – an orientation adopted by precious few ranges across the globe. With that trajectory, they serve to connect the Western Rockies with the Greater Yellowstone Ecosystem. Named the Centennials, the space stretching north from the range is quite naturally called the Centennial Valley – a lush floor that is home to Moose and Antelope, to Gopher and Grizzley. The valley and its skies also welcome Bald Eagles and Terns, Blue Birds and Marsh Hawks. In recent decades, a section of this stretch of wonder has been set aside for wildlife protection, most specifically to provide safe haven for bringing Trumpeter Swans back from extinction. 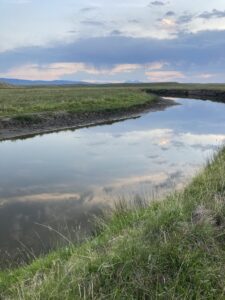 For millennia – for time immemorial, really – humans have been part of this ecosystem. Over thousands of years, people of the Salish, Shoshone Bannock, and Nez Perce tribes have lived here. Then, in the past several centuries, immigrants arrived from the colonizing nations of Europe. These days, the valley is tended significantly by these immigrants who have settled and given successive generations to living from the generosity of the valley that holds their sweeping ranchlands.

Five hundred years after Columbus bumped into the continent, a Seneca Elder was heard speaking of the European newcomers. “Five hundred years,” she said. “They’re going to be okay.” She continued, “The land is talking to them. The ones who listen will be fine.”

Out in the Centennial Valley, there are signs of listening. Increasingly, landowners are turning their considerable intellects and resources to restoring the health of soils and grasses across their multiple-thousand-acre ranchlands. In the wake of the messes made with overgrazing, seeding non-indigenous feed crops and applying chemical fertilizers, these ranchers are adjusting their management strategies. They’re listening to the land.

The umbrella term for their practices is Regenerative Agriculture. It involves learning from the land and its inhabitants. For example, paying attention to the ways of the Bison who, long before the presence of people, knew this valley as home (the last bull, killed by a local rancher in 1957). Clustering cattle for grazing, the way Bison clustered, disturbs the topsoil even as it fertilizes it with manure. When the cattle are moved to another pasture, the likelihood of indigenous grasses seeding in the cattle’s footsteps are very good. Over time, the pastures return to their natural state. They regenrate. 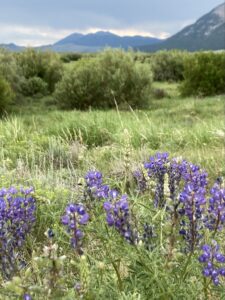 When we were writing the FULL ECOLOGY book, we were inspired by learning of Montanans involved in regenerative agriculture. We offered the practice as an example of an Act of Beauty.

About an hour north of Yellowstone, working hand-in-hand with Montana ranchers and farmers, Lill Erikson founded the Western Sustainability Exchange (WSE). For 25 years she’s been thoroughly committed to “the practical notion of preserving the beauty of this place.” The “place” she’s talking about has grown to include 1.45 million acres of regenerated prairie; in other words, prairie that’s being returned to its naturally thriving weave of native vegetation. “It’s growing every day,” Lill says.

Yes, the mere sight of cattle grazing on sprawling rangelands with snow-capped mountains in the background is beautiful. But the beauty of regenerating the prairie goes a lot further. Even a casual glance shows what was formerly bare soil now thatched with carpets of native grass. Dig down a couple of feet and you’ll find beauty too in the extra water those native grasses are able to hold in the soil; in the more nutritional feed they offer those grazing cattle. Finally, there’s a great deal of beauty to be found in the vastly superior ability of those native grasses to sequester carbon in their deep roots, thereby helping repair the unraveling climate.

Just this month we were out in the Centennial Valley where we’ll be holding a retreat this August. And, as it turns out, the JbarL Ranch, site of the retreat, is an inspiring example of these restorative ranching efforts.

Being on this land in league with the Moose and Grizzly, the Waterbirds and Raptors, we feel the same interdependence that moves regenerative agriculture. A young editor at Heyday Books, the publisher of the Full Ecology book, proposed the subtitle – Repairing Our Relationship with the Natural World. And here in the Centennial Valley the movement of that repair is palpable. The actions of restorative agriculture are actions taken by humans for repair our relationship with nature, as nature.

And this is what we have. We are a species capable of great missteps, but also capable of remembering – of repairing – our deep roots. Capable of being right-sized in the scope of all being. As Wendell Berry has written,