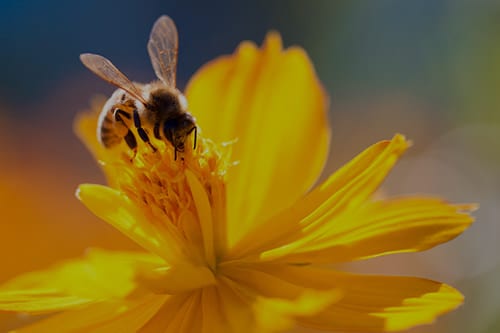 One of the things that seems especially characteristic of people is our capacity for self-reflection. It’s a byproduct of being able to think. We can participate in our lives and observe ourselves and our circumstances at the same time. It’s a super handy skill. When we use it.

We can stop ourselves before we say something rude or embarassing. We can slow at a yellow light instead of blowing through the intersection. We can make choices to reduce our carbon footprint or to interrupt or counter racist or sexist tropes. We can look to see whether we’re the least bit separate from the natural world – if we could ever survive without it. We could even consider how the fact of that interdependence is relevant to the ways we act in the world every day.

Those kinds of considerations are right at the heart of Full Ecology. Every one of them is an option. You choose whether to live with attention to your relationships with other people and things. You choose how to use your capacity for self-reflection.

In Full Ecology, self-reflection keeps showing us how vast and reliable our relationships are. For one thing, it unveils more and more of the intricacy and genius of our kinship with nature. It’s a kinship that feels good. It feels precious. It feels like home.

Because kinship with nature is so comforting, and because the wellbeing of nature is daily more precarious, held in the balance with the increasingly urgent challenges of climate change, we can feel the profound impulse to act right now. Of course, we do. Cascades of thought and feeling gather. Act now to prevent further damage. Act now to correct the harm humans have caused. Mend. Rescue. Restore. Move as quickly as possible.

Most of us associate this kind of agency with the masculine. Lives have been saved, catastrophes have been averted, innovations have been realized because of masculine expressions of focus, strength, rational discernment, courage, and control. Yet, at the very same time, even by the same brush, feminine expressions – nurture, attentiveness, care, devotion and creativity – have been downplayed or ignored. All along, however, feminine skills have been crucial to any success of masculinity. The balance is the thing.

Yet these days “civilized” society is set up in ways that leave us feeling isolated. Loneliness is skyrocketing with harrowing correlation to increasing suicide rates. And in the face of the enormous vulnerability inherant in the experience of being all alone, exclusive masculine impulses to control seem reasonable. If I’m absolutely separate, acting to control appears the only way to hedge my bets against destruction – no matter my gender identity. Yet, living solely out of that motivation requires living in massive imbalance. And that imbalance, in turn, ends up stoking the very anxiety it’s intended to abolish.

It’s important to be clear about the way we’re using the words, masculine and feminine. A foundational balance in the natural world is the balance of masculine and feminine expressions. These ways of being, however, don’t line up according to any binary notion of biological sex. Masculine behaviors are not the exclusive purview of men. Feminine behaviors are not expressed only by women. Quite the contrary. It turns out that humans of whatever biological sex or gender identity, are most fulfilled when they build thinking and action from a balance of feminine and masculine sensibility.

Over a long reach of generations, however, we’ve failed to support the balanced development of agency and nurture in each and every person. To normalize the fact that both of these essential qualities are critical for a fulfilled human life. This failure is evident everywhere. In the comparative status of teachers and corporate CEOs, stay-at-home parents and anyone with a job, therapists and land developers – nature and profit. 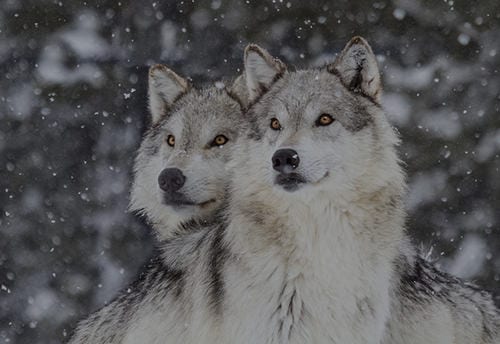 Yet, looking to our relatives in the natural world, two things are quickly apparent: First, neither the masculine nor feminine expression is inherently superior; rather, both are vital to healthy ecologies. And second, especially in highly social mammals, individuals and groups benefit from having and demonstrating both agency and nurture.

In wolf packs, adult females and males tend the young, rotating child-care responsibilities while the rest of the pack hunts for food. Often, the same alpha female wolf that gives birth also leads the pack for finding prey and launching hunts. Among mountain gorillas, males not only fiercely defend their families from threats, they’re also major players in socializing babies. And while grandmother elephants live and breathe care, they consistently call the shots for when and where the herd migrates.

As climate change grows more urgent, the need for masculine agency will most certainly continue, even intensify. As we’ve said before, the balance is the thing, and insisting on balance of feminine and masculine sensibilities and expressions has never been more vital. If we’re to make it through the challenging circumstances ahead, our masculine agency must be grounded in the feminine – in personal connection, care, presence, forgiveness and encouragement.  Both agency and care – courage and empathy – are qualities critical to the viability of our cultures, our governments, our neighborhoods and families.