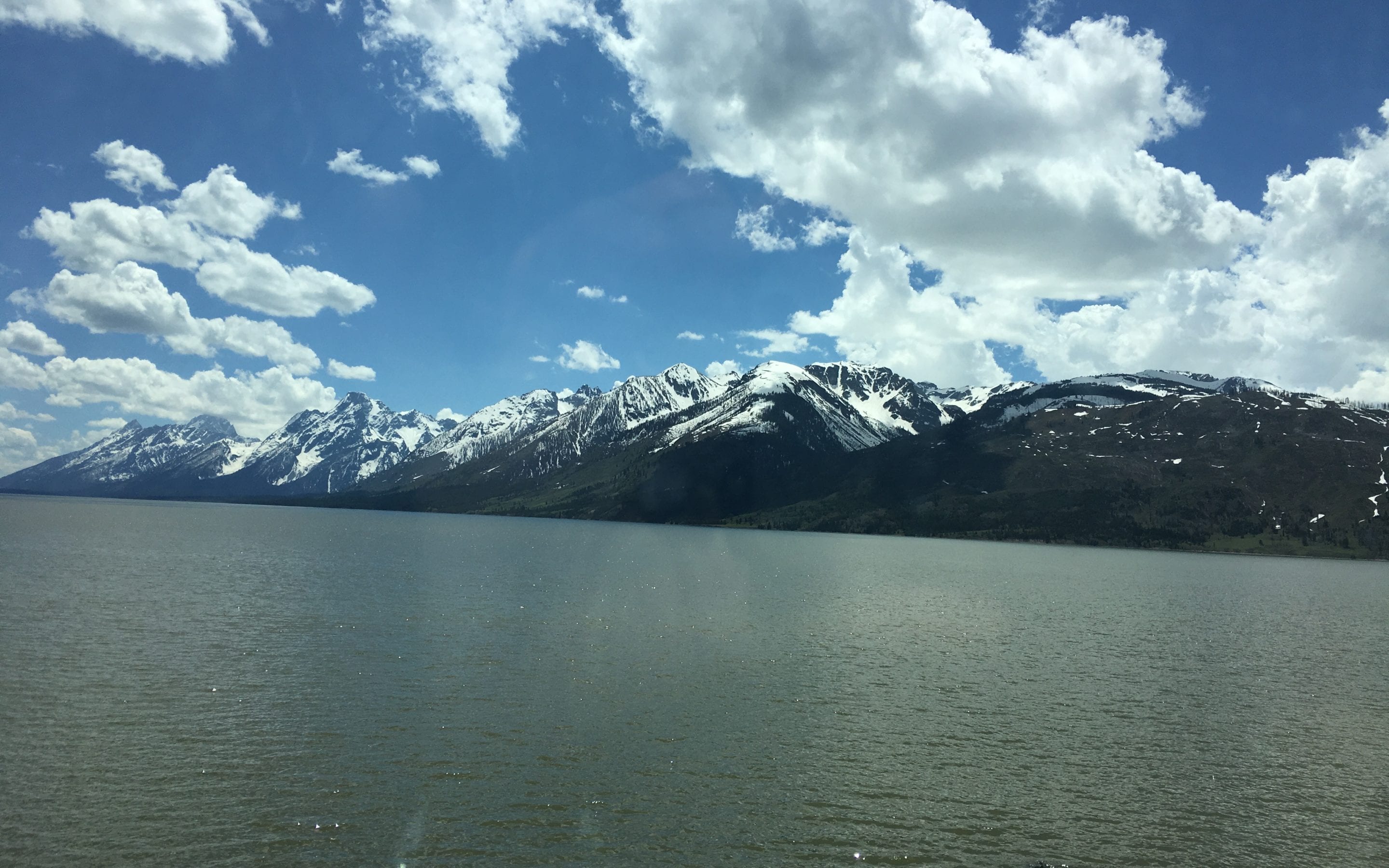 In 1905, management of U.S. forest reserves was transferred from the General Land Office of the Interior Department to the Bureau of Forestry, and thereafter named the United States Forest Service. Some of the most beautiful and precious of these lands are tended by National Forest Service Wilderness Rangers. Hard-working, boots-on-the-ground people charged with taking care of and stewarding wild lands on behalf of the American people.

Last week, over 80 of these Rangers, from Region 3 – the six National Forests in the country’s Southwest – spent a full week in Winter Park, Colorado training for this year’s summer season. In that week, they honed their understanding and practical skill with wilderness law and policy, backcountry first aid, orienteering, wildlife safety.

Thanks to an enduring friendship between Gary and Ralph Swain, the Wilderness and Rivers Program Manager for the Rocky Mountain Region, Full Ecology was on the docket to close the conference.

The average age in the room was likely somewhere in the early 30’s. The range from 20-60+. Ralph, who’s slated for retirement in the next few years, greeted us, his face bursting with a smile, his blue eyes sparking. “This is what it’s about.” He waved toward the audience. “This is how we know wild nature will continue being well cared for!”

Ralph has always been devoted to the wellbeing of the natural world – and with that, the thriving of we the people. All along that has meant collaboration, teamwork, listening to the land as we listen to and work with each other. Now he’s especially devoted to succession – to passing the most direct care for the wilderness to a new generation of Rangers.

The room was ready for Full Ecology that day. We wanted to take the time we had to take a good look at the evidence for why tending the wilderness is not only important, but essential to who we are as people and as a country. Gary shared stories from across ages but focused mostly on our country’s heritage – before and after the arrival of the first European immigrants. Then Mary made the link of these stories to the way every person in the room moves into and through their days – as people devoted to the wellbeing of the wide wild world. 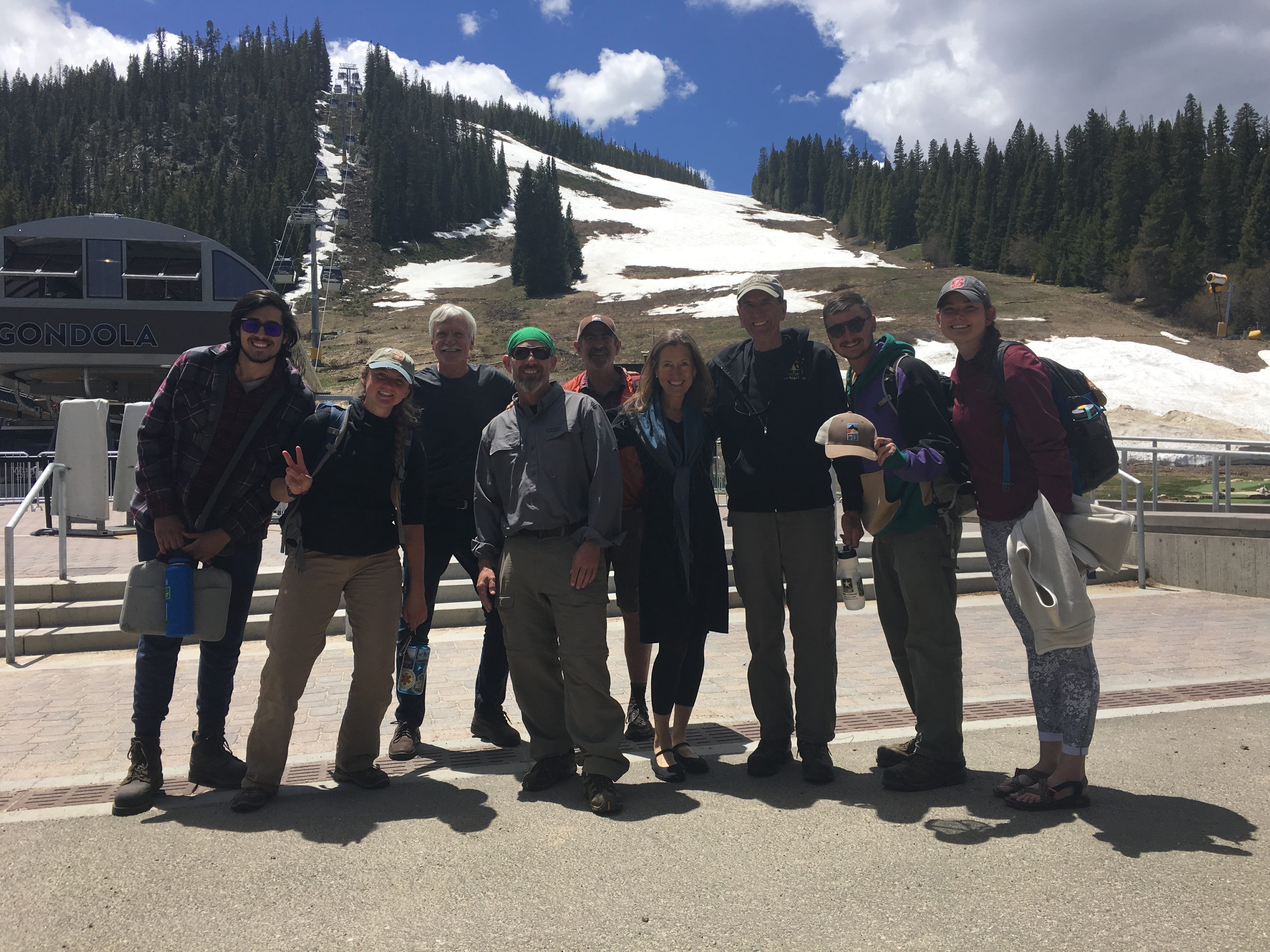 We engaged the group in conversation – investigating together the human story of separation, and the empirical evidence of what human initiatives based in separation have meant given our complete interdependence with nature. We considered the ecological wisdom of taking care inside so we can take better care outside. Seeing how personal and social ecologies – the ways we are with ourselves and each other – directly affect the choices we make, the actions we take in and with the natural world.

It was a lively and vital conversation. It was Full Ecology. Even after a long week of sitting and listening, these dedicated stewards of wild places filled the room with their energy – their dedication and devotion to thoughtful and informed action. Their clear understanding that every organism – themselves included – is reliant on all others. What a family! And as Mary kept saying, “What epic human beings!”

This just in from Ralph Swain –

Gary Ferguson, science writer and Mary Clare, social psychologist presented at the Forest Service Wilderness Ranger Academy in Winter Park, Colorado on June 6, 2019 to over 80 young wilderness rangers and volunteers.  Gary shared history and stories that resonated powerfully with tomorrow’s wilderness leaders. Joining him on stage was his wife and partner, Mary Clare, a social and developmental psychologist. They spoke directly from the heart, reminding the land stewards of the incalculable value of their work protecting wild lands on behalf of the American people. Together Ferguson and Clare shared keen insights for building and sustaining a culture of shared stewardship to take care of public lands and wild places. At the close of the Academy, the couple was voted “Best Speaker” from the week-long Academy’s roster of speakers from across the country.

The Academy was a huge success, with rangers being trained in wilderness law and policy, backcountry first aid, orienteering, wildlife safety, bear spray demonstration clinic and much more.  Having Gary and Mary as the keynote, close out speakers was a special treat for the attendees.  They are truly wilderness champions!