Human Social Ecology – The ways we’re in relation with each other. The ecologies of intimacy – of family, friendship, neighborhood, community.

Both/And – Holding as worthy, two or more perspectives that appear to be at odds with each other. For example, U.S. culture gives great importance to the notion of liberty and justice for all, but at the same ignores whole groups of people for whom that hasn’t been delivered.

Federal ICE, Customs and Border Patrol officers are leaving Portland after a month of physical aggression – harming citizens of all races, genders and ages who were protesting police violence against black people.

That violence has not abated. Every day, black bodies continue to be in more danger than white bodies.

The Wall of Moms was mostly white. They were committed and they were courageous. Some were physically harmed. And, they were a significant variable in drawing attention to how people’s constitutional rights were being violated by federal agents. Theirs was use of privilege for dismantling sytems of oppression.

The original and enduring movement in support of black lives continues. Every one of our black relatives woke up black again today, and in that, more subject to the oppression – physical, mental, spiritual – that remains central to U.S. social ecologies.

White people are welcome and valuable in support of the BLM movement.

It will likely not be comfortable or easy for us. We may feel hurt and judged when the conversation is constantly redirected to the purpose of the movement – that Black Lives Matter.

Conflict and misunderstandings are likely.

It’s time to do our part to 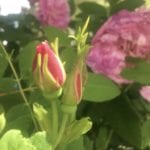 listen past what some white people have referred to as “tone.” That is, to listen past our narrow notions of what is and isn’t “nice” – recognizing those notions are based in our white culture –  and to listen instead to the content. When frightened, angry, impatient, hurt feelings come up, it’s time for white people to squelch the usual immediate complaint – to resist taking center stage and, instead, to hold those feelings for processing later with loved ones. Precision in message and movement is top priority. To stay focused on BLM as long as is necessary for equity and justice to become our normal.

You may notice yourself becoming weary. Take a break, rest. This goes for everyone.

As you know well by now, the challenges will be there when you come back. If you’re white, coming back is often optional – it’s something you choose. If you’re black, the reality of racism is a constant threat. It is not an option.

Nature – around us and in every level of our relations – works through connection, diversity, efficiency, resilience, wisdom and mystery.