First Days on the Road 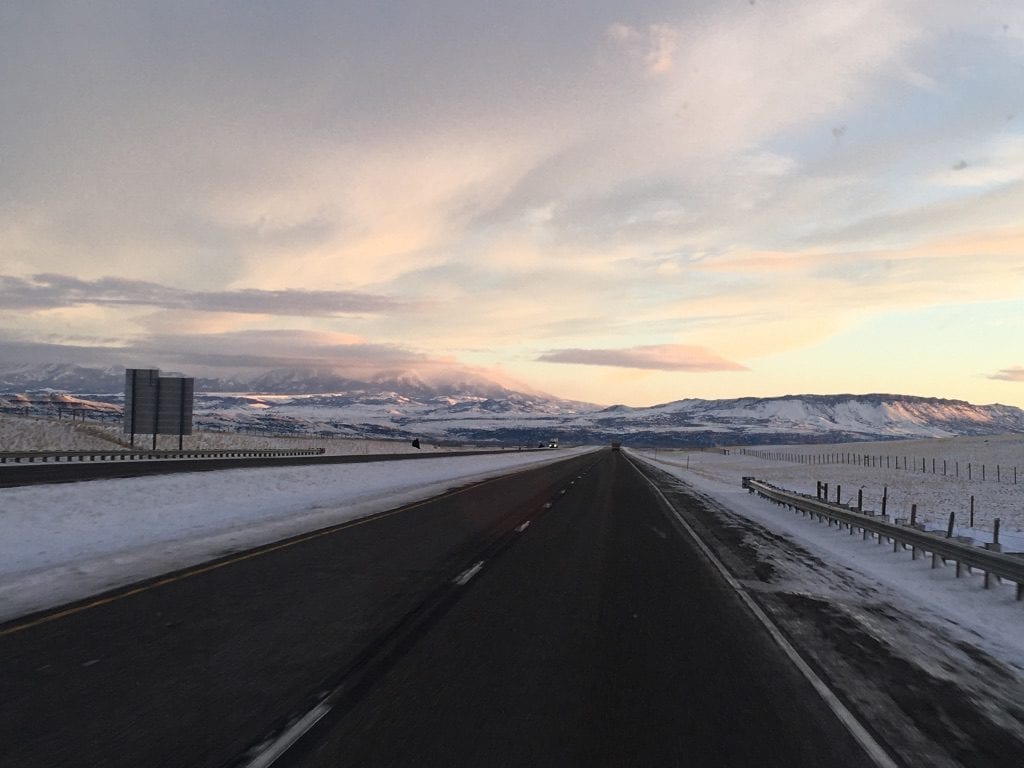 We’re safe in a coffee shop in Pueblo. Made it onto the highway after the snow and ice in Colorado Springs last night. Only rain falling now. True to form, it’s all improv on this trip. A lot like nature.  Along the way, we’re listening. Here’s some of what we’ve heard.

Day 1:  The road into Wyoming is pretty treacherous – ice up north, blowing snow a little farther in, but smooth sailing beyond Casper.

Stopped as planned in Sheridan where we had a chance to talk with the executive director of an environmental non-profit. We asked him the main question we’ll be posing along the way: When you hear the word ‘climate,’ what do you think?  His answer: I think it’s a very complicated word that lots of people in this state don’t like.

We wanted to know more, so he elaborated by saying the political charge around the word ‘climate’ was enough to keep a good number of ranchers and other agricultural professionals from talking about it. By contrast, plenty of conversations happen about preserving open space, preparing for and responding to extreme weather events.

Of course, this got us thinking – especially about how we want to keep listening for people’s most pressing concerns. The main take-away for us was how weary we all are of the contention – of the way language is weaponized to prevent almost anyone from being heard. There is plenty of willingness to name and solve problems together, but first comes determination to be fully involved in naming the problems at hand.

What a museum! What an organization! We got to speak with one of the directors. She talked about the way nature stretches out from the museum across the park toward the Denver city center. Then she described the organization itself – the way it’s evolving by coming to recognize systems of privilege. Becoming an actually organic system in its public engagement, prgramming and internal operations. The museum is committed to listening and learning from all involved – human and otherwise. A workplace is a social ecology. This one looks to the ways of nature for its structure and function. Inspiring. 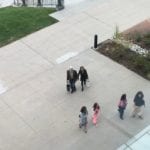 Our dear friend, Hannah quoted a robot in the movie, War Games. “The only winning move is not to play.”  We humans game each other. As Bob Dylan put it, “I got game. You got game. Everybody got game.” This habit is at the center of what we’ve been calling the separation myth – the idea that there’s something I can do to control or manage you so that things go the way I want them to. It’s the thinking at the root of bullying, of co-dependency. Nature doesn’t game us. It adjusts and cooperates, not just for survival but beyond that, always in the interest of kinship, interconnection. For us humans, not entering the game is the way we can stay true to our interdependent nature.

You know you’re in a good place when you can look out the wall of windows and see a sweep of canyon yielding to prairie, to rise again into the sky above Rocky Mountains. Top that off with 30 people gathered around to be in conversation about Gary’s new book, THE EIGHT MASTER LESSONS OF NATURE. Early in the conversation, we offered the word climate; they offered words like humility, kinship, intuition, and reliability. One man shared this thought: “A confluence of unknowns becoming a trend.” Humility and a call to creativity all at once. The youngest among us, an 8th grade boy, said, “It’s all nature. We’re the problem and we have to fix that.”

Coffee, hard boiled eggs, and Page’s fruit bread and a rich conversation about the way animals communicate their thoughts and feelings. One jewel was a story of a mama cow that, very close to giving birth, falls and breaks her hip. With that kind of injury, she’s sure to die before too many weeks pass. Nonetheless, she delivers a healthy calf. Right away, the calf moves its head upward, seeking its mother’s udder. But its mother is on the ground, her udder down low instead of up high. An able-bodied cow comes near. Just a few days earlier, her new calf had died. The grieving mama leans toward her newly delivered sister. She places her broad flat brow on the head of the new mother and she pushes. She pushes hard. With that, the new mother gives her everything to rise onto her front legs. But only for a moment. Her injured hip forces her back to the ground. The able-bodied mother tries again. Same result. Our friends watch, in tears. In the end, the human onlookers were able to teach the new calf to nurse from below. By the time six weeks pass, the calf is ready to wean. Within days, the mother dies.

Kahlo is a relative newcomer to the planet – a few months short of a year old, she shares space with three people – two moms and a son, and two small dogs. This group calls itself the super family. And they are. A social ecology in full activation – belonging guaranteed to each and all – age, voice, health status, breakfast preference and species designation notwithstanding. In this way, many families are super. And belonging is the thing. From here, we all learn from one another, even as we grow within the dignity of our individuality. Kahlo does Kahlo even as the bird moves from shoulder to shoulder to comfort and groom the nearest person. The parents tend the son who is getting over strep throat. They nibble on breakfast, picking up the dogs for brief hugs as they consult one another on the way the day is unfolding. Social ecology by nature.